In my first novel Stuck in the Onesies, published in January 2017, I tell the story of two women raising kids and husbands in the suburbs of Washington, D.C. in the turbulent 1960s. 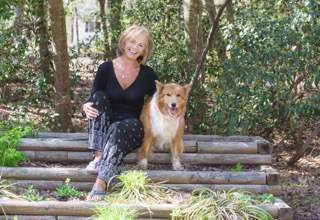 Stuck in the Onesies will give your spirit a lift, your face a good laugh, and your history-buff side a tap on the shoulder. 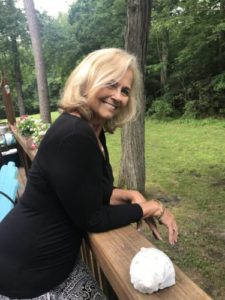 You’ll fall in love with Barb and Ellie, two housewives raising kids in the tumultuous 60’s in the D.C. suburbs. Their antics make Lucy and Ethel look tame. The husbands, Jake and Will, are also as close as brothers and the friendship becomes more like family than friends. It’s the story of their close relationships, and how they evolve along with the times without taking part in the bra-burning activities that swirl around them.

Stuck in the Onesies is more than just a story of two families. The issues of the 60’s are intertwined, racism, women’s rights, the Vietnam War, just to name a few. Southern roots ran deep and in the ‘60’s (even north of the Mason Dixon line) and those roots were dug up and exposed. The story shows some of its evolution through its characters as well as the events of the decade. Stuck in the Onesies will help you to understand the struggles on both sides and how as a society, we tried to bring equality to everyone. Sometimes we succeeded, and sometimes not. You decide.

I’m the mother of three and Grandy of eleven. I have just finished my third novel in the Stuck in the Onesies Series, Ginger Star. All three books (including the second, My Mother’s Apprentice) are available through Amazon, Ingram, and local bookstores in Maryland and Delaware.

I attended the General Federation Women’s Club, Adelphi chapter meeting on Monday, October 3, 2022. The women were so engaged and it was exciting to talk about the writing process (and I always enjoy talking about my mom, aka Barb, in Stuck in the Onesies. A huge thank you to Jeanne Washburn for inviting me. It’s such fun getting to know so many women. One can never have too many friends. It’s who we are together that makes us stronger and better. 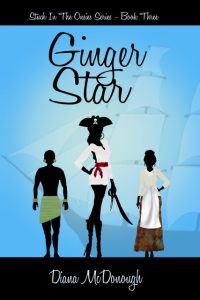 It’s 1719, the Golden Age of Piracy. Ronnie, a female stowaway on a pirate ship and Amari, a soon-to-be-sold African, escape to the shore of Jamaica. Their lives collide with Adria’s, a plantation owner’s daughter, who gives them refuge and suggests Amari go to live with the Maroons, a tribe of escaped slaves, in order to elude the auction block.

Ginger Star reveals ugly truths about piracy and plantation life while dealing with women’s issues, some of which still haunt us today. Ginger Star is a prequel to the “Stuck in the Onesies” series as well as a stand-alone work of historical fiction.