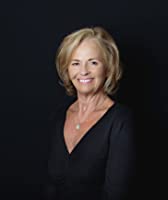 Written by author, William (Will) Cook

It’s my pleasure to introduce to you indie author Diana McDonough. Her Amazon page tells us that she retired from her career as a distributor sales development manager with Ecolab after 26 years to pursue her passion for writing. She is the mother of three and the “Grandy” of twelve.

Will: Diana, when did you first realize you were a writer and had something you wanted to say? What has your “writer’s journey” been like?

Diana: I was in second grade when my teacher said I had writing potential. I think it was just because I wrote a story about a pony and named it after her. I’ve always loved playing with words and many years ago when I lived far from everyone I loved, I wrote letters. Long letters. It soothed my soul. Then I began to write Christmas letters to family and friends every year that were a big hit. While raising three kids, my mother passed. I felt the tug to write a book about her raising a family in the D.C. area during the 60s. It took ten years, but Stuck in the Onesies was born.

Will: Can you give us a glimpse into your writing process—how, when, and where you do what you do?

Diana: I start with an idea for a story and it grows from there. Currently, I’m working on Ginger Star which was an idea I had before I’d written my first book. I shelved it while writing my first two books and am now finishing the project, tying it into My Mother’s Apprentice as part of the Stuck in the Onesies Series. It’s funny though, who I thought was going to be the main protagonist, no longer is. You never know where your characters or your story are going to take you.

Will: Your debut novel, Stuck in the Onesies, is a literary joy. Tell us about it.

Diana: Stuck in the Onesies was inspired by my mother and her girlfriend, both raising kids and husbands back in the 1960s. While that’s not all that unusual, the setting was the suburbs of Washington, D.C. when riots and marches were breaking out all over. I watched these two women try to be independent while living the Donna Reed lifestyle. It was like living with Lucy and sometimes Ethel. You never knew what money-making scheme was coming next. In the end, they both succeeded in becoming independent women, no longer “Stuck in the Onesies.” So, to explain the saying “Stuck in the Onesies,” if you’ve ever played the game of jacks, you know that if you don’t get past the onesies on your first turn, you’re forever playing catch-up. Getting “stuck in the onesies” just wastes valuable time.

Will: Your follow-up novel, My Mother’s Apprentice, took us into some different territory. Please share with us your inspiration for that story.

Diana: After I wrote Stuck in the Onesies, the readers asked for a sequel. Well, I never anticipated a sequel, and if I had, would have left an open ending in Stuck in the Onesies. Back to the drawing board. My Mother’s Apprentice is the story of the daughters. I wouldn’t call it a “true story,” but more creative non-fiction. In other words, it’s based on truth, but I filled in some blanks and took creative liberties. You’ll have to read the book to find out how.

Will: Is it accurate to say you’ve had a long-standing love affair with the island of Jamaica? What’s that all about?

Diana: YES! It was love at first sight with Jamaica the first time I landed there in 1994. My husband and I were on a planning trip for mission work our church was sponsoring. It was in the mountains near Bob Marley’s birthplace. If you’ve ever heard of the “middle of nowhere,” that’s where it is. I fell in love with the sea, the waterfalls (always the waterfalls), and the people. They are so real, so helpful to one another, we could all learn from their love for each other. We don’t know what “living by faith” is here in this country, for the most part. These folks have no social programs to help them out. They rely on one another and their faith, something I think we all need to do.

Will: Jamaica figures prominently in your current project, Ginger Star, which will be published later this year. Can you give us a behind-the-scenes peek at it?

Diana: I came up with the idea for Ginger Star while lying in a hammock in Jamaica. The story was about the daughter of a plantation owner and her secret (no spoiler alert here). Enter the pirates during this time period of 1720, The Golden Age of Piracy. I was almost finished with the book, but planned a research trip to Jamaica in May of 2020 to make sure I had everything right (and all I needed was a reason to go again!). We all know that never happened in 2020, so the trip never materialized, but the George Floyd tragedy did. I was stunned to realize that even though I had evolved in my attitude toward racism, many had not. I knew I needed to go back to the drawing board to make plantation life more realistic. So I did. It meant I had to give some of my characters ugly traits, but it made the story better, I think. Ginger Star will be published in the Fall of 2022.

Will: I understand that visiting book clubs has been a significant part of your marketing strategy. How have you utilized them, and do you have any other marketing tips for aspiring indie authors?

Diana: I have found book clubs to be a true inspiration. They energize and inspire me with their questions and interest. I treasure their honesty. It isn’t an easy task getting invited to book clubs. Typically, you have to know someone in the club and ask them to see about featuring one of your books, but once you do, word starts spreading and more invitations arrive.

Will: What advice do you have for authors who choose to publish independently?

Diana: Make sure your work is what you want it to be and what it should be. I am guilty of allowing others to push me to get it published. My advice is to “get it polished” first. Have your website tuned up and set up a launch team. Folks that are willing to push your posts out through social media are priceless. Be willing to put on your marketing hat. I was in sales for 26 years and thought this would be a piece of cake. I couldn’t have been more wrong. Selling books is totally different from chemicals. While I thought I was a social media magician, I discovered I was wrong. I’ve enlisted the help of a marketing firm this time around. Stay tuned… Here’s a link to an article with better suggestions than mine: https://blog.papertrue.com/8-pre-publishing-steps-self-publishing-book/

Will: Diana, thank you so much for taking the time to share your insights with us. We wish you every success with the launch of Ginger Star. Readers, if you’d like to learn more about Diana and her books, please visit her at her website.